skip to main | skip to sidebar

Posted by Lamplighter at 3:10 PM No comments:

What good will it be for a man if he gains the whole world, yet forfeits his soul? Or what can a man give in exchange for his soul?

In the last days the mountain of the LORD's temple will be established as chief among the mountains; it will be raised above the hills, and all nations will stream to it. Many peoples will come and say, "Come, let us go up to the mountain of the LORD, to the house of the God of Jacob. He will teach us his ways, so that we may walk in his paths." The law will go out from Zion, the word of the LORD from Jerusalem. He will judge between the nations and will settle disputes for many peoples. They will beat their swords into plowshares and their spears into pruning hooks. Nation will not take up sword against nation, nor will they train for war anymore.

Posted by Lamplighter at 3:08 PM No comments:

Posted by Lamplighter at 3:06 PM No comments:

Every word of God is flawless; he is a shield to those who take refuge in him. Do not add to his words, or he will rebuke you and prove you a liar.

These commandments that I give you today are to be upon your hearts. Impress them on your children. Talk about them when you sit at home and when you walk along the road, when you lie down and when you get up. Tie them as symbols on your hands and bind them on your foreheads. Write them on the doorframes of your houses and on your gates.

Dear friends, I urge you, as aliens and strangers in the world, to abstain from sinful desires, which war against your soul. Live such good lives among the pagans that, though they accuse you of doing wrong, they may see your good deeds and glorify God on the day he visits us.

You are the salt of the earth. But if the salt loses its saltiness, how can it be made salty again? It is no longer good for anything, except to be thrown out and trampled by men. You are the light of the world. A city on a hill cannot be hidden. Neither do people light a lamp and put it under a bowl. Instead they put it on its stand, and it gives light to everyone in the house.

Therefore, my dear brothers, stand firm. Let nothing move you. Always give yourselves fully to the work of the Lord, because you know that your labor in the Lord is not in vain.

Posted by Lamplighter at 2:59 PM No comments:

For in the days before the flood, people were eating and drinking, marrying and giving in marriage, up to the day Noah entered the ark; and they knew nothing about what would happen until the flood came and took them all away. That is how it will be at the coming of the Son of Man.

The Gospel of John (20:7) tells us that the napkin, which was placed over the face of Jesus, was not just thrown aside like the grave clothes. The Bible takes an entire verse to tell us that the napkin was neatly folded, and was placed separate from the grave clothes.
Early Sunday morning, while it was still dark, Mary Magdalene came to the tomb and found that the stone had been rolled away from the entrance. She ran and found Simon Peter and the other disciple, the one whom Jesus loved. She said, 'They have taken the Lord's body out of the tomb, and I don't know where they have put him!' Peter and the other disciple ran to the tomb to see.. The other disciple outran Peter and got there first. He stooped and looked in and saw the linen cloth lying there, but he didn't go in.
Then Simon Peter arrived and went inside. He also noticed the linen wrappings lying there, while the cloth that had covered Jesus' head was folded up and lying to the side.
Was that important? Absolutely!
Is it really significant? Yes!
In order to understand the significance of the folded napkin, you have to understand a little bit about Hebrew tradition of that day. The folded napkin had to do with the Master and Servant, and every Jewish boy knew this tradition.
When the servant set the dinner table for the master, he made sure that it was exactly the way the master wanted it..
The table was furnished perfectly, and then the servant would wait, just out of sight, until the master had finished eating, and the servant would not dare touch that table, until the master was finished. Now, if the master were done eating, he would rise from the table, wipe his fingers, his mouth, and clean his beard, and would wad up that napkin and toss it onto the table.
The servant would then know to clear the table. For in those days, the wadded napkin meant, 'I'm done'.
But if the master got up from the table, and folded his napkin, and laid it beside his plate, the servant would not dare touch the table,
because........... The folded napkin meant,
'I'm coming back!'
HE'S COMING BACK!!!!
Posted by Lamplighter at 8:00 AM No comments:

He who loves pleasure will become poor; whoever loves wine and oil will never be rich. 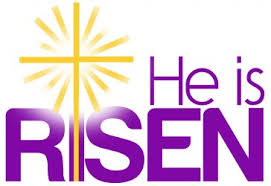 Posted by Lamplighter at 5:00 AM No comments: